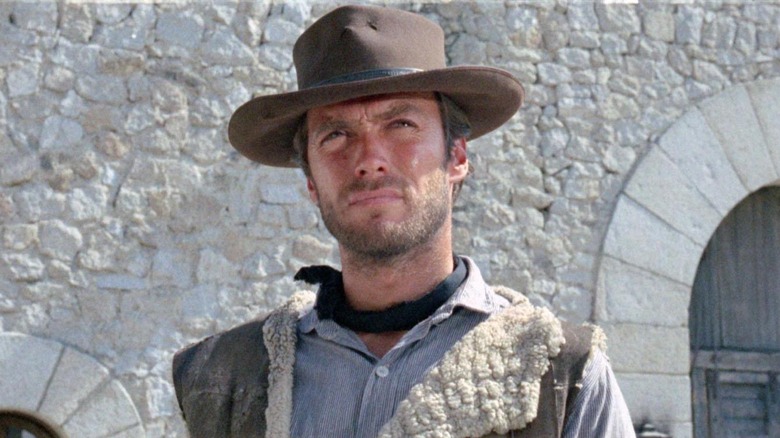 Sergio Leone and Clint Eastwood owe their film careers to each other. Had the two not come together for "A Fistful of Dollars" in 1964, it's difficult to see how a filmmaker as idiosyncratic as Leone or an actor as impassive as Eastwood would've found success in an industry that discourages anything that deviates too far from the norm. Thankfully, they did hook up, and, in the process, created the spaghetti western, which breathed brash new life into what was then a flagging genre.

Leone and Eastwood parted ways after "The Good, the Bad and the Ugly," freeing them up to pursue their individual creative interests. For Leone, this meant making two more spaghetti westerns and wrapping up his too-short career with the epic gangster saga, "Once Upon a Time in America." His final film, which charts the criminal path taken by a quartet of friends on the Lower East Side of Manhattan, paired him with Robert De Niro, whose approach to acting is considerably different than Eastwoods. How different?

One Man Puts On A Coat, The Other Dons A Suit Of Armor 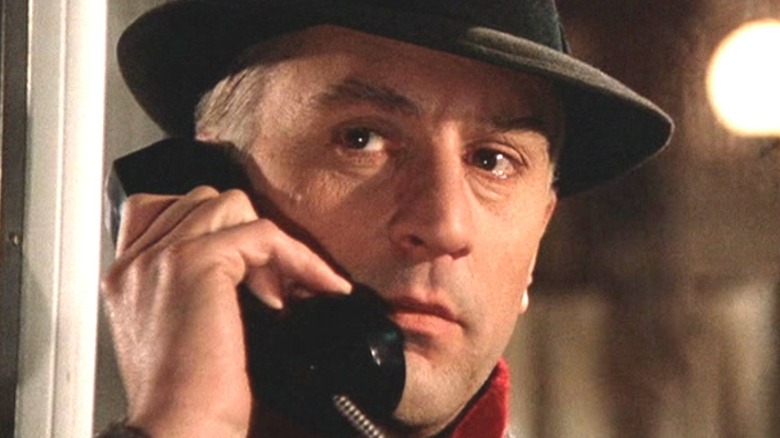 In a 1984 interview with American Film, Leone shared his colorfully candid thoughts on the stark contrast between Eastwood and De Niro. At first, he likens the casting of Eastwood to an inversion of Michelangelo's explanation for why he chose a particular block of marble out of which to sculpt one of his masterpieces. Whereas Michelangelo said he saw Moses in one particular block of marble, Leone said, "When they ask me what I ever saw in Clint East­wood, who was playing I don't know what kind of second-rate role in a West­ern TV series in 1964, I reply that what I saw, simply, was a block of marble."

When asked to compare Eastwood to De Niro, Leone delivered one of the all-time great backhanded compliments:

"Robert De Niro throws him­self into this or that role, putting on a personality the way someone else might put on his coat, naturally and with ele­gance, while Clint Eastwood throws himself into a suit of armor and lowers the visor with a rusty clang. It's exactly that lowered visor which composes his character. And that creaky clang it makes as it snaps down, dry as a martini in Harry's Bar in Venice, is also his character. Look at him carefully. East­wood moves like a sleepwalker between explosions and hails of bullets, and he is always the same — a block of marble. Bobby, first of all, is an actor. Clint, first of all, is a star. Bobby suffers, Clint yawns."

A Leading Man Of Marble 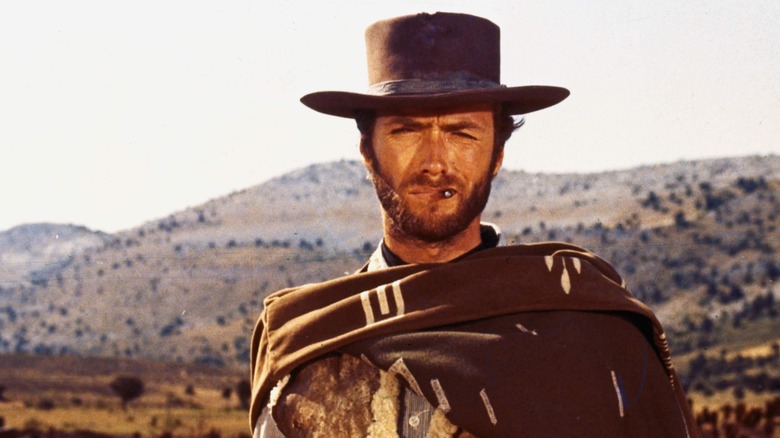 While I'm in awe of Leone's verbiage, it does Eastwood a vast disservice to write off his performances in "The Man with No Name" trilogy as marble-esque. His sneering stoicism was precisely what those films required, and quickly became the iconic posture for spaghetti western protagonists -- which is what Leone is saying, but, still, most actors probably wouldn't appreciate being labeled a "block of marble."

There's no doubt that De Niro is the superior actor. He's a method maestro who's played everything from psychopaths to romantic leads. But, in his way, so has Eastwood. Dirty Harry, William Munny and his sentimental old fool of a Secret Service agent in "In the Line of Fire" are very different men. He just requires fewer colors and brush strokes to complete the portrait.

Read this next: The 20 Best Westerns Of All Time

The post Sergio Leone Had an Interesting Take When Comparing Clint Eastwood and Robert De Niro appeared first on /Film.

Get Organized: 25 Home Storage Hacks That Will Instantly Declutter Your Space
Aug 06, 2022